CBD and Autism: A Mother’s Journey 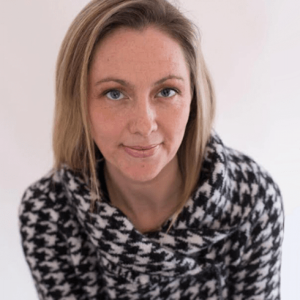 Today I would like to talk about CBD and its potential to help those diagnosed with Autism Spectrum Disorder (ASD). Specifically, I want to focus on children diagnosed with ASD.

According to data release by the Center for Disease Control and Prevention (CDC), more children are being diagnosed with autism spectrum disorder. Approximately 1 in 59 children is diagnosed ASD (1 in 37 boys and 12 in 151 girls). That is up 15% from the last time this data was collected. Most children were still being diagnosed after age 4, though autism can be reliably diagnosed as early as age 2.

Hope on the Horizon

In the summer of 2018, researchers led by Dr. Adi Aran, director of the pediatric neurology unit at Shaare Zedek Hospital in Jerusalem, released findings that demonstrated an 80% success rate in treating autistic children with CBD:

The study included 60 children, with an average age of 12, whose condition had not improved with conventional drug therapy. 80% of the children’s parents who participated in the study reported a decrease in problematic behavior, with 62% percent reporting that their child’s behavior improved significantly.

The study also found that half of the children who participated in the study also reported an improvement in their level of communication, with 40% saying that their anxiety symptoms had significantly improved.

I recently sat down with Dara, the mother of a child diagnosed with Autism Spectrum Disorder, to speak with her about how CBD has helped.

When was your child diagnosed with ASD?

I believe he was about 5 and a half. So approximately 2 years ago now.

How long have you been giving your child CBD?

How much CBD do you give your child?

And what prompted you to start giving your child CBD?

We figured it couldn’t hurt and knew that it could very likely help! We felt like he needed some sort of aid but didn’t want to put him on medication.

What delivery method do you use to give your child CBD?

We use Blissful Hearts butterscotch candies from Irie Bliss Wellness. We call them vitamins and he has one in the morning with breakfast.

What immediate differences do you notice in your child after you give them CBD?

Well he loves how the candy tastes, so he’s happy and quiet when he first takes it. He usually seems to feel almost empowered and focused on whatever the day holds in store and has a positive outlook after taking it.

What long term differences have you noticed in your child since you began giving him CBD?

He is much better able to put into words whatever anxiety or worry is ‘controlling’ his mind in the moment. AND ask for help. Something he was never able to do without CBD.

Would you recommend CBD to other parents of autistic children? If so, what tips would you suggest?

Yes, I would put them in touch with Sandy so she can help them navigate the wide world of options and benefits!

Our most heartfelt thanks to Dara for sharing her family’s experience with us.