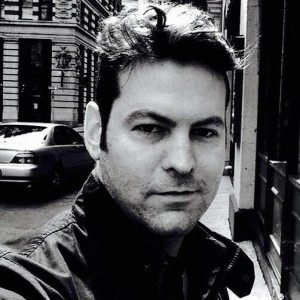 CBD can help with a broad range of symptoms and dysfunctions associated with Traumatic Brain Injury  (TBI). These can be immediately apparent or take time to manifest. The worst cases can lead to permanent brain damage or even death.

How Common are Traumatic Brain Injuries?

The CDC reports that about 2.8 million TBI-related emergency department (ED) visits, hospitalizations, and deaths occurred in the United States.

The CDC goes on to say that, ”Everyday, 153 people in the United States die from injuries that include TBI. Those who survive a TBI can face effects that last a few days, or the rest of their lives. Effects of TBI can include impaired thinking or memory, movement, sensation (e.g., vision or hearing), or emotional functioning (e.g., personality changes, depression).”

Moreover, in 2016, nearly one-fifth of American adolescents reported at least one diagnosed concussion throughout their lifetime. More than five percent reported having more than one concussion. (JAMA)

What Can CBD do to Help TBI?

According to a variety of scholarly reports and studies, CBD can help to both protect and repair the brain following a TBI.

Project CBD explains it this way: Plant cannabinoids such as THC and CBD mimic and augment the activity of endogenous cannabinoids that all mammals produce internally. Endogenous cannabinoids are part of the endocannabinoid system (ECS). The ECS regulates many physiological processes that are relevant to TBI, such as cerebral blood flow, brain inflammation, and neuroplasticity.

CBD has been found to serve as a neuroprotectant to the brain after head injury and helps reduce neurological damage following trauma.

Another study published in the British Journal of Pharmacology linked cannabinoids to a significant reduction in cell death in the brain after a traumatic head injury. In response to head trauma, the endocannabinoid system is activated as a self-protective tactic.

CBD on the Front Lines of TBI Treatment

Now let’s talk about the University of Miami’s Concussion Pill. Thanks to a $16 million dollar grant, the university is nearing the end of a five-year study that’s been examining the combined effects of CBD with an NMDA, an amino acid anesthetic, for the treatment of traumatic brain injury. So far, the results have been very promising.

“We’re really interested in looking at the effects of CBD — cannabinoid,” said Dr. Hotz, professor of neurological surgery and director of the University of Miami’s Concussion program at its Sports Medicine Institute, speaking to Miami’s WLRN-TV. “We hear a lot about medical marijuana and the positive effects this has but nobody’s really studied it and we know that CBD is really good for pain, anxiety and headache. So why not do a systematic review of this and really find out if this something good that we could be using?,” she added.

“The potential is enormous and extraordinary,” said Jonathan Gilbert, who managed the partnership between the university and the, which produced the new study. “It may someday be mandatory equipment on the sidelines of every football, baseball and soccer game, from youth leagues to professional organizations, ready to protect people of all ages from the brain’s immediate inflammatory response to trauma.”